Citation - Astounding! It was actually, it was beyond belief…

Astounding! It was actually, it was beyond belief. These were first and only drafts of music. But they showed no corrections of any kind. Not one. He had simply written down music already finished in his head! Page after page of it as if he were just taking dictation. And music, finished as no music is ever finished. Displace one note and there would be diminishment. Displace one phrase and the structure would fall. It was clear to me that sound I had heard in the Archbishop’s palace had been no accident. Here again was the very voice of God! I was staring through the cage of those meticulous ink-strokes at an absolute beauty. 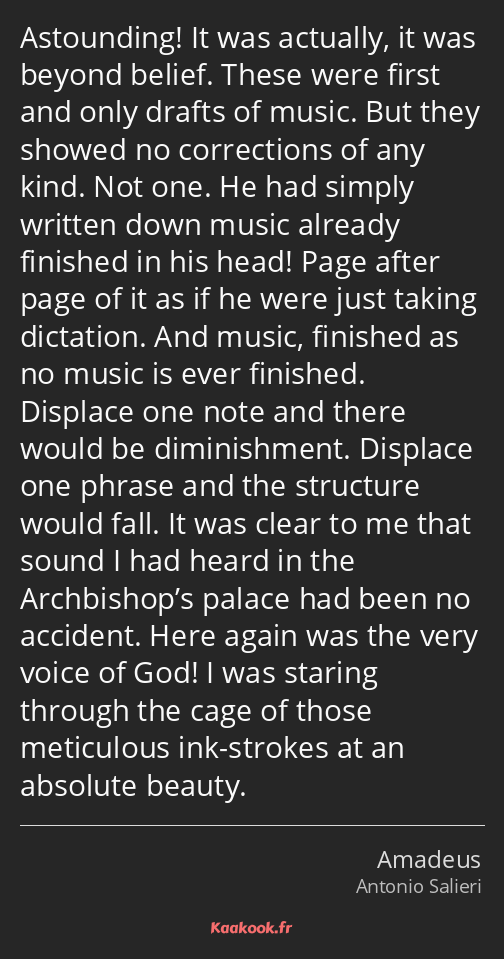